Was there a Mrs. Jesus?

I have long been a fan of Sue Monk Kidd ever since I read The Secret Life of Bees. Did you read it?

Some years ago I was at a book event in Charleston. I think it may have even been at The Citadel, along with authors Patti Callahan Henry, Marjory Wentworth, Mary Alice Monroe and many others. It was there that I got to met Sue Monk Kidd. 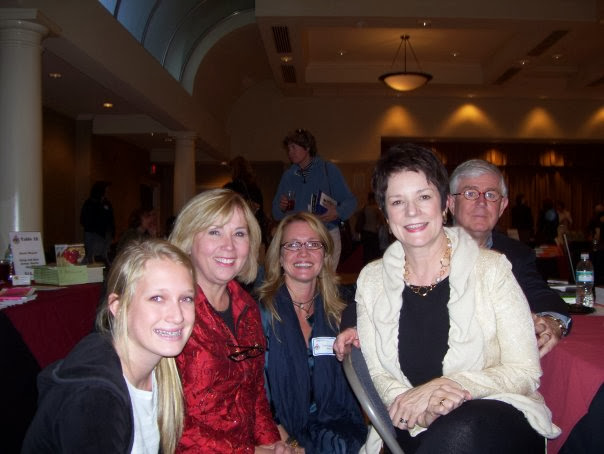 That is Patti and her ever lovely now grown daughter Meagan. Can you tell how tickled we all were to meet the writer we all admired?

Naturally, when I heard Sue Monk Kidd had a new novel out, I called up Paulina Springs Bookshop and ordered a copy. I didn’t even bother to check to see what the novel was about. Who cared? Sue Monk Kidd wrote it!

I turned to the first page of The Book of Longings and began reading: “I am Ana. I was the wife of Jesus ben Joseph of Nazareth. I called him Beloved…”.

Kidd has never been shy about exploring her faith in her writings, one of the things I’ve loved most about her. Her ability to move beyond the conventional into the mysterious.

I was talking to another writer friend last week about this very thing. We were both brought up in the Southern Baptist tradition. A tradition that for all its glory, and there is that, has relied heavily on people being compliant to its rules and regulations.

It wasn’t enough to believe that Jesus died for our sins and was born of a Virgin. We also had to believe in a patriarchal system designed to oppress women and elevate white men of a certain social standing. Under no circumstances were we encouraged to think beyond the most literal interpretation of the Bible. And to be honest, I didn’t until I was in my late 30s and the AIDS movement came along and the Moral Majority was labeling young men dying of AIDS as pedophiles.

Faith was never meant to be a stagnant thing. A one and done kind of thing. A faith that is rigid will not last. It will snap like scrub pine in a wind storm.

Pat Conroy wrote about his faith and the struggle it was at times being raised up Catholic in Baptist territory. In his book The Death of Santini, he writes of the moment he learned his father had died: “Something inside me realized my faith had come from an ancient source, and I let myself be comforted and reconciled by it.”

There have been moments when that ancient Creator was so present I’ve crumbled in flat-faced gratitude. But there have also been moments, years even, when Creator seemed nothing more than a distant cousin who no longer remembered my name. 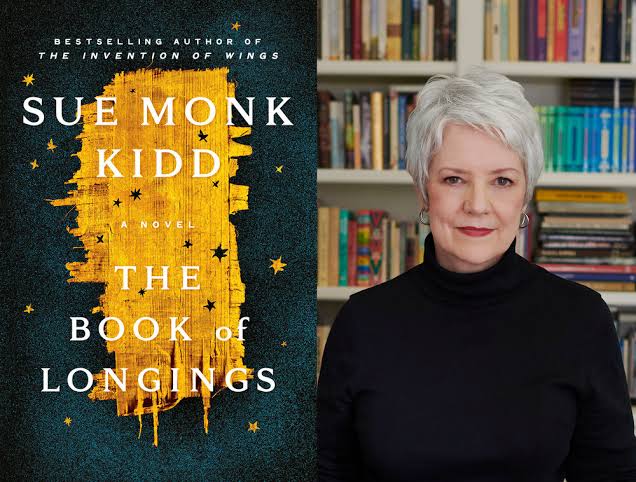 My writer friend and I spoke about how often the faith of our raising didn’t make room for mystery. Or mystics. We were just taught to follow Paul’s teaching and “stay true to the faith”, whatever that meant. It was Paul Young, author of The Shack, who first suggested to me that mystery is part of faith. I’d been raised up in the era of Jesus is the Answer long before I ever understood how many questions there would be. Young took a goodly amount of criticism from those who objected to his notion of God as a black woman.

Once when we were visiting over a meal, I told Paul Young that his character reminded me of a woman who used to lead worship at a church Tim and I attended in the 80s. That’s because she was modeled after that woman, Paul replied. We had attended the same mega church back in the day and didn’t know it. God’s poetry. Like Conroy, Paul draws upon that faith from an ancient source, a faith of comfort amidst the unknown. A faith that casts no one aside.

The writers I’ve most loved are those who explore questions rather than answer them. Sue Monk Kidd is such a writer. I grew up with the notion that Jesus was single and celibate. I never ever considered anything otherwise, nor was I ever encouraged to. Until I picked up Kidd’s latest novel. Kidd calls her book a re-imagination of the life of Jesus, as a married man.

“New Testament Scripture does not say he was married, but neither does it say he was single,” Kidd writes. “The Bible is silent on the matter. ”

If Jesus were married it would say so in the Bible, someone said to Kidd.

“But would it?” she ponders. “The invisibility and silencing of women were real things. Compared to men in Jewish and Christian Scriptures, women rarely have speaking parts, and they are not mentioned nearly as often. If they are referenced they are usually unnamed.”

The invisibility and silencing of women is not a past tense thing, especially not in a lot of institutional faiths around the world.

Or in the institutions of business.

Or the institutions of governing.

Or even in the institutions of learning.

We only have to look to our current administration to see how this plays out, this suppression of women. An inept, corrupt and morally bankrupt white man was voted in because a narrow swath of religious right and yes, racist voters rebuked the notion of having a woman more intelligent and more skilled in a position of ruling over men.

I am sure Sue Monk Kidd is going to get some push back, much like Young did with his fiction. Her book might be labeled heretical and banned by some of her former fans. The very notion that Jesus might have had sexual relations with a woman who was his wife will send some to their Social Media platforms ranting about the world going to hell.

As for me, I’m disappointed I wasn’t curious enough to consider that perhaps Jesus may have married.

I’m giving away a copy of Sue Monk Kidd’s novel. Leave a comment for a shot at reading this well-researched creative fiction, The Book of Longings.

Can I win again? Just kidding, I will add this book to my order from my local bookstore! Thanks for sharing Sue Monk Kidd with us!`

I'm so excited to read the book! Sue was supposed to come to our town as a part of her book launch and I'm so disappointed it wasn't able to happen!

As always, thanks for offering the giveaway. I most assuredly want to read this book. I am definitely a fan of Sue Monk Kidd. I have read Secret Life of Bees, The Mermaid Chair, The Invention of Wings, Traveling with Pomegranates. There are certain authors, you included, whose books I will grab without knowing the subject. Thanks again. Stay safe and healthy.

Congratulations, Annette. You have won a copy of SMK's latest book!

Girl! You and me both. I never even considered it. But we have Mary Magdalene, who played a more important role than some would have us acknowledge. So it should have dawned on me to think outside the box where I was placed as a child. Thank you for writing this. Somehow I find permission to explore in the words.

Thank you for a chance at a giveaway!! I really love her writing! ❤️

I am sure that there will be many evangelical white male Christians who will preach against the book while white evangelical woman submissively post on social media (to the delight to their circle of friends) about the evils of secular America reflected in this book. After 25 years in that world, I can say with almost certainty that 98% of those making comments will never read the book only parrot what they hear. And yeah, I am a bit of a cynic when it comes to “Christianity”.

Welcome to our world, Bland. Yes, I suspect you are correct. Most will never read it. But they will delight in their condemnation of it. Thankfully, they are the minority. More and more people, like yourself, are awakened to the patriarchy that has dominated the culture and been used as a tool by the powerful to keep others bound up. Thank you for reading and for joining in the discussion.

I purchased and read this book. It is so thought provoking and well written. I have thought about Ana for days since finishing it last week. The research and details reminded me of the Christ the King series by Anne Rice in that my faith was expanded by the authors' writings of the living Christ.

It wasn’t enough to believe that Jesus died for our sins and was born of a Virgin. We also had to believe in a patriarchal system designed to oppress women and elevate white men of a certain social standing. Respectfully, you need to begin in Genesis and read or re-read the Bible. The Bible is VERY pro-women and has great women heroines throughout the entire book (Esther, Deborah, Ruth, Mary, Martha, etc.). While you are reading, also notice that there are no Caucasians in the Bible, so the elevation of the white race is ludicrous. There is a huge difference in having some knowledge OF the Bible and knowing the Bible. As far as this particular book, no the Bible does not mention whether Jesus had a wife or not, but it also did mention whether he ever washed his hair or had stomach cramps. The Bible is specific to what you need to know about the Christ. He is the Son of God. He died for the world. He rose from the dead and sits as an intercessory at the right hand of the Father. Absolutely nothing else matters.

Author/Journalist Karen Spears Zacharias is a Georgia native and a Gold Star daughter. Her work has been featured in the Washington Post, New York Times, CNN, National Public Radio, and Good Morning America. Her debut novel, Mother of Rain (Mercer University Press), received the Weatherford Award for Best in Appalachian Fiction from Berea College and was adapted for the stage by Georgia's Historic State Theater, The Springer. She and her husband make their home in Deschutes County, Oregon.