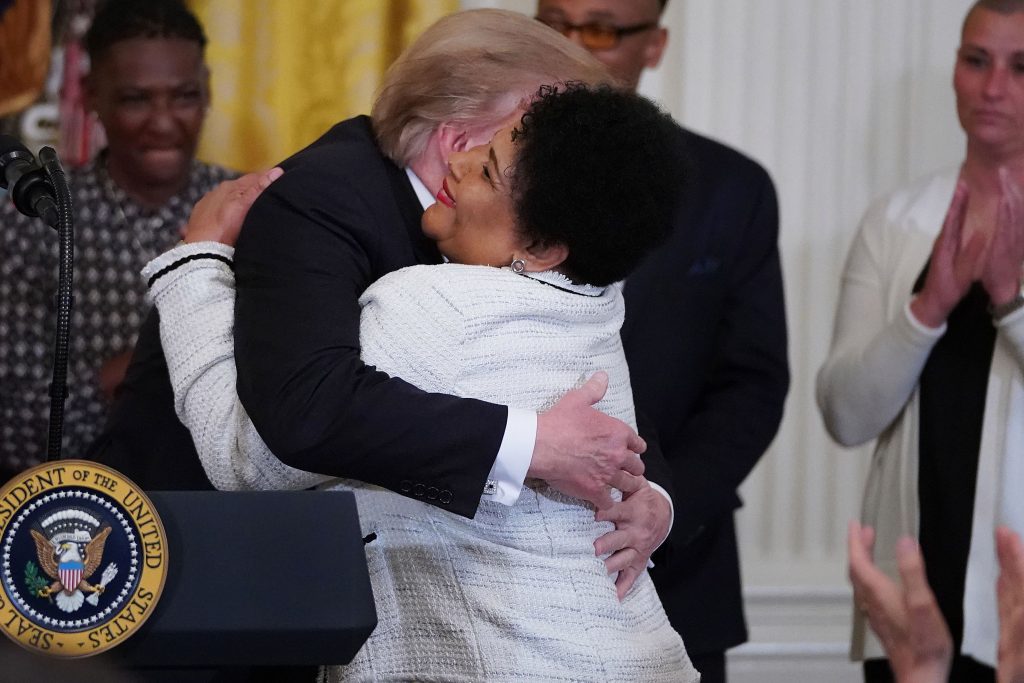 He did something good, y’all, and for a brief moment, albeit very brief, I saw Trump as the president he could be – if only.

If only he wasn’t hateful.

If only he put the best interest of the country ahead of his own selfish ambition.

If only he recognized the good in others.

If only he would educate himself, or allow himself to be educated.

If only he cared more about the good of the country than his own greed.

If only he wasn’t a racist.

If only he wasn’t a bully.

If only he thought in a different paradigm than winning, when what he is really doing is causing the whole of the country to lose.

If only he could control his impulses.

If only he recognized the good in others.

If only he wanted to honor others as much, even more, than he needed to elevate himself.

I saw a glimpse of the man Trump could be if only he wasn’t the man he is.

Perhaps you saw it too?

Those moments in the White House when Trump touted the bi-partisanship that led to the prison reforms that have seen those with harsh, punitive prison sentences overturned. Without question our criminal justice system is a mess. (You only have to look to Trump to realize how the system is rigged toward rich white folks). And without question, the changes underway are a result of Jared Kushner exacting pay-back for his daddy’s well-earned prison sentence. Jared’s daddy was every bit the thug that Trump has proven himself to be. In their world, people are dispensable. Women and people of color especially so.

But for a brief moment, I heard Trump praise bi-partisanship. This man who has done more to divide this country than anyone since the smarmy Lyndon B. Johnson rose to power, actually bragged about doing something that brought both parties together:

So, many people said — in fact, I guess we could say almost all people said — that criminal justice reform would never pass.  But we came together as a group, we worked across party lines, and we got it done.  And it’s an incredible thing when you see some of the people here — so conservative and then some so liberal.  And we just have a lot of great people that came together.  They knew it had to be done.

In just that brief moment, I saw a glimpse of the man he could be.

I am sure this was as much a gift to his beloved Ivanka as it was to the nation, his willingness to put aside his worst angels for a moment, and to actually do something good for us all. And make no mistake about it, this country needs prison reform. Trump, with the advocacy of his daughter’s husband, has taken a step in the right direction.

The more I met and spoke with those involved in our criminal justice system, the more clear it became that unfair sentencing rules were contributing to the cycle of poverty and crime like really nothing else before.  It was time to fix this broken system — and it’s a system of the past — and to improve the lives of so many people.

For once, Trump used his position to make life better for others, people who could not grease his palms. Sure, it was a political move. A smart one. But still, if Obama had done this, if Bush had done this, media outlets across the nation would be hailing it as a good move in the right direction.

And believe it or not, Trump even took a moment to thank the very same media which he has bashed, berated, denigrated, and demonized.  He was coerced into it, sure, but nonetheless he did the right thing for once – he thanked the media for the job they are doing. My mouth gaped like toddler at a water fountain, so stunned was I.

And a couple of people: Van Jones, please stand up.  Please.  (Applause.)  He goes after me on occasion — (laughter) — but you know what?  He came together with this one.  We all agree this is very, very strong.  This is a great bonding.  And we appreciate it.

The cynic in me can’t help but point out that Trump took great lengths to tout himself (par the course) which prompted the thought that the whole shindig was like watching the white slave owner acting all benevolent towards his slaves: “They call me racist, but look how well I treat these blacks I own.”

Still, there can be no denying that for people like Alice Johnson and Matthew Charles this bipartisan action on behalf of Congress and President Trump was a good thing, a very good thing.

And for that, both Congress and President Trump deserve a round of applause.

Maybe his wife’s “Be Best” campaign was always a message meant primarily for him.

Karen Spears Zacharias  is author of numerous books. Buy one today from your local Indie bookseller or at Amazon.com

"And without question, the changes underway are a result of Jared Kushner exacting pay-back for his daddy’s well-earned prison sentence. " So, in other words, he did something that accidentally helps everyone affected, but is meant only for an in-law. It would be nice if the rest of the problems of our country affected the president's family in some way, since that is the only thing that gets him off his butt to solve them. Sadly, that is not the case. Seems solving some of those problems would actually hurt his family (financially, mainly). 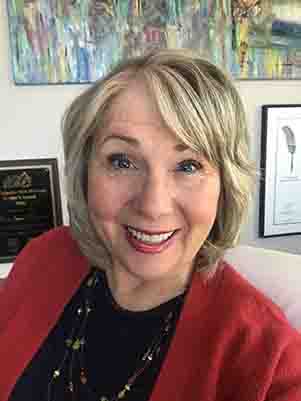