Put out the Welcome Quilt 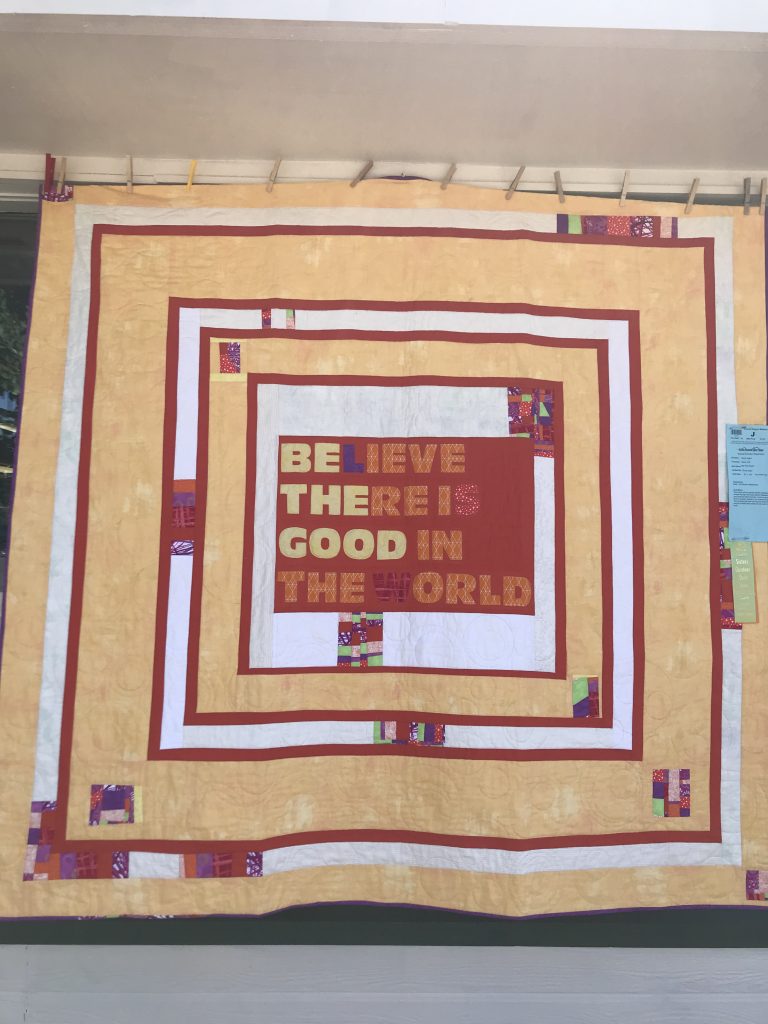 As federal employees prepared to conduct raids upon immigrant families nationwide, I made a trip out to Sisters, Oregon for the annual Sisters Quilt Show. When I wrote the Appalachian novels set during the time of World War II – Mother of Rain, Burdy, & Christian Bend – I included a quilt as a symbol of that which binds the characters together in community. A symbol of grace and acceptance, elements necessary to build relationships, to form community of any sort, including that as a nation.

The specifics of who first invented quilting is not known but there is historical evidence of quilting and piecing dating back some 5,000 plus years, to ancient Egypt. The oldest known evidence of quilting was an ivory carving featuring the Pharaoh of the Egyptian First Dynasty wearing a cloak that appears to be quilted. It was found in the Temple of Osiris at Abydos in 1903. 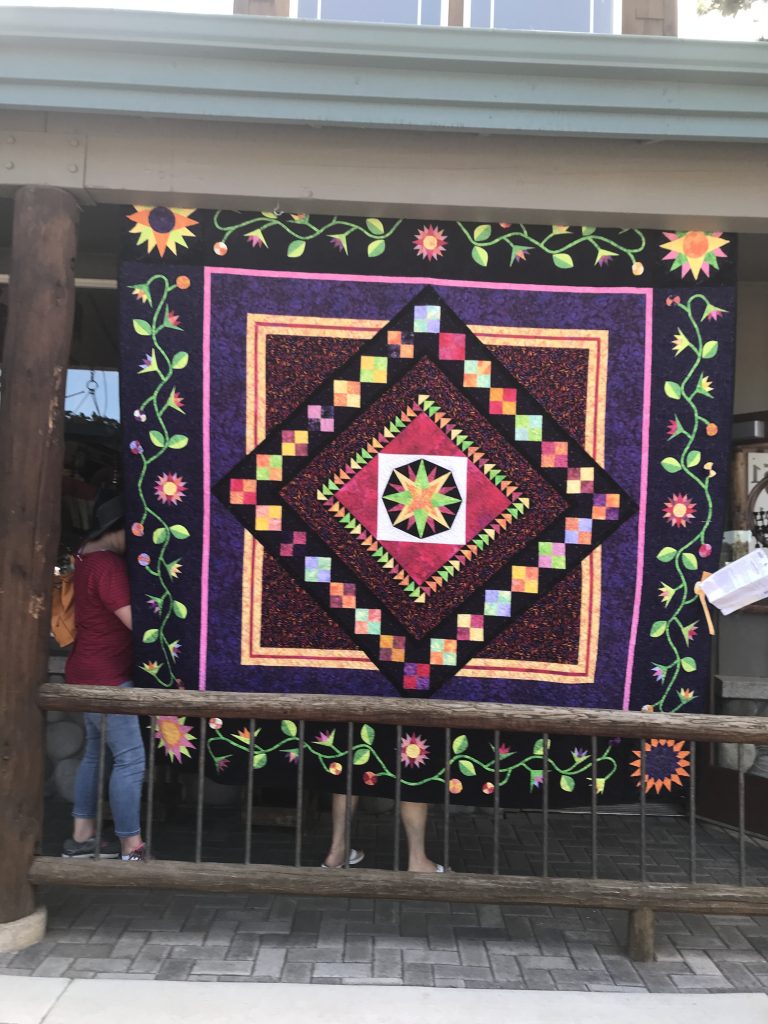 My first memory of quilting was going with my Great-Aunt Cil to a church quilting group back in 1966. Decades later a woman from that same church would invite me up to her house to see a quilt that my great-aunt Cil made for her youngest son when he was born. I wept when I held that quilt, almost as pristine as the day Cil gave that quilt to Pat Christian.

It’s no small matter to hold something in your hands that a beloved kin long gone crafted with their own hands, be it a quilt, or a painting, a wooden bowl, a glass vase, or perhaps a book. Each is a labor of love and devotion, borne of the creator’s imagination and thoughtful intention. These things ground us, spiritually, emotionally, physically. 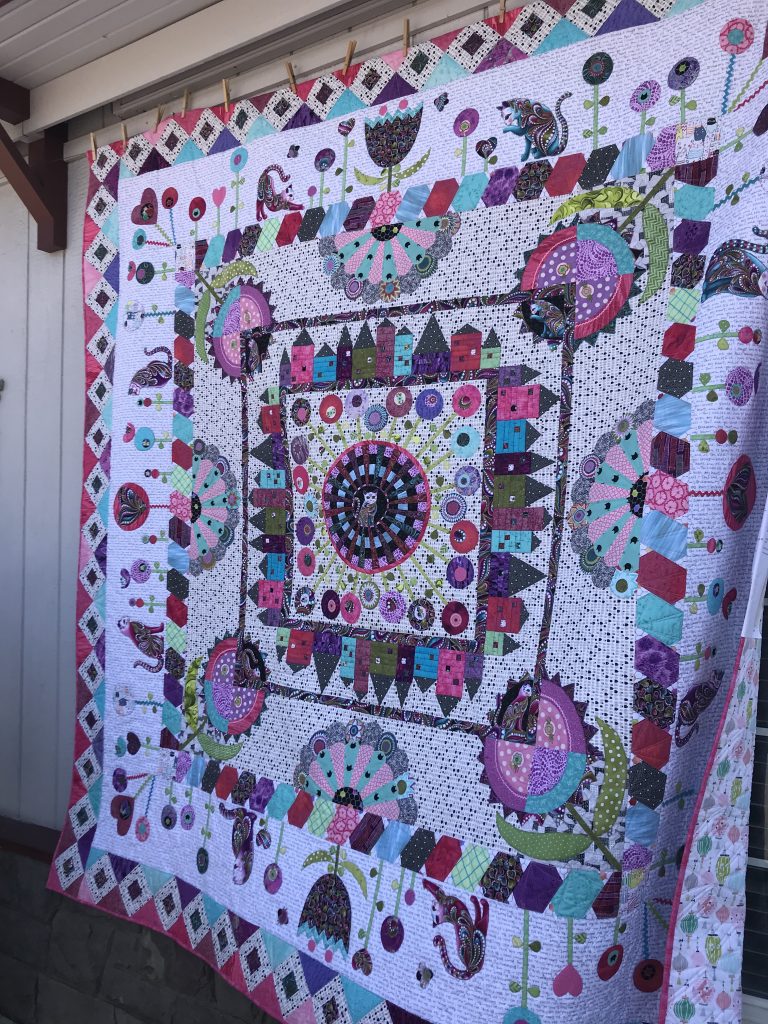 Quilts are ever present in our lives from our earliest moments until we draw our last breaths. I have always loved the Native American tradition of wrapping the body in a blanket or quilt for burial. It seems so much more personal to me than placing a body in some cheaply-made factory-produced satin quilting.

Jennie Wade was 20 years old when she was killed during the battle of Gettysburg. She and her mom were visiting her sister who had a baby just days before. Jennie was in the kitchen kneading dough for biscuits that morning when what was likely a stray bullet pierced her heart and killed her instantly. A seamstress by trade, Jennie was reportedly buried wrapped in a quilt she had made. 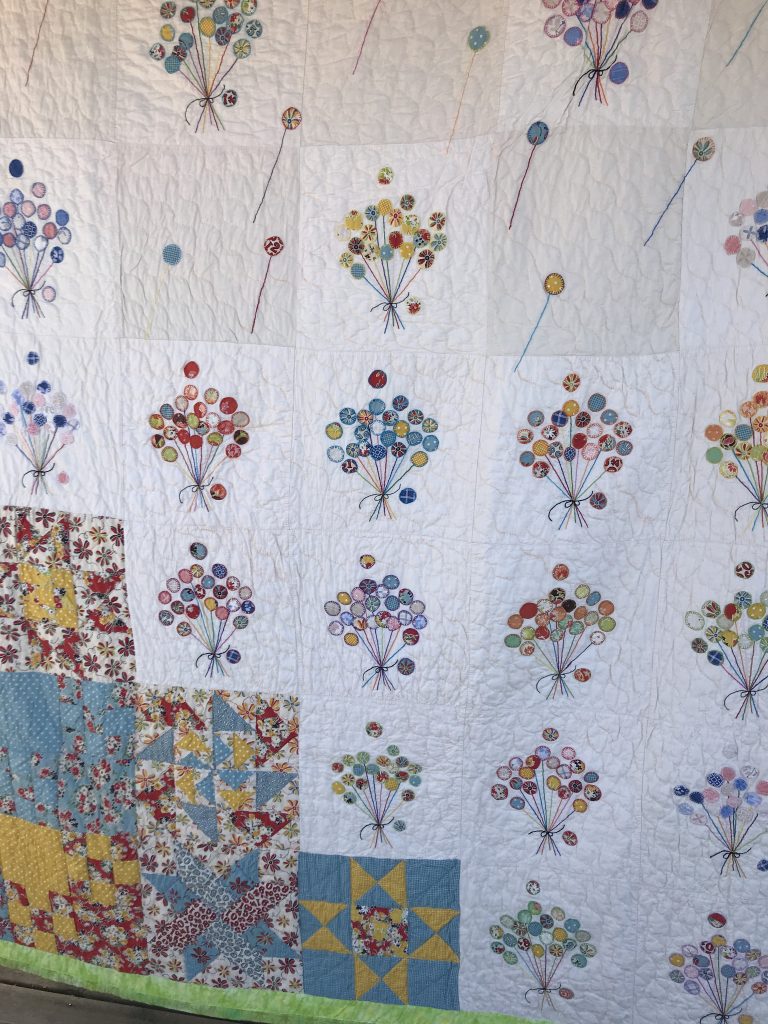 During his last year in office, President Obama was honored with a blanket ceremony by the National Congress for American Indians. “To blanket is to remember those we honor, those we lost, and those who are going to build our futures,” said National Congress of American Indians President Brian Cladoosby before wrapping Obama in a black-and-red blanket named, “Rhythm of the Land.”

In 1998, a Canadian artist Esther Bryan got the idea for a national quilt to reflect the richness of the many people who make up Canada. The Quilt of Belonging is a collaborative work of art designed for a very specific purpose:  to recognize Canada’s diversity, celebrate our common humanity and promote harmony and compassion among people.

Creativity by its very nature is inclusive. It’s about making connections.

As I walked through Sisters reflecting upon the stories woven into each of the quilts, I wondered what it would be like to live in a country that recognized the value of all people. 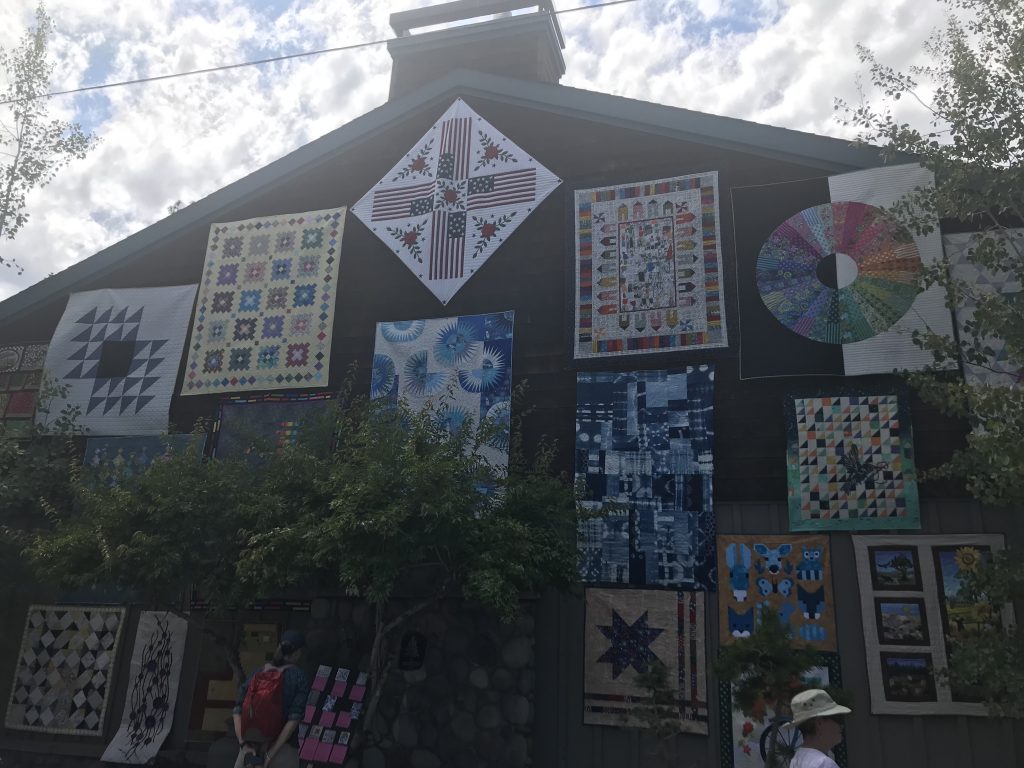 What if instead of building a wall, we came together in a national quilting circle? What if we gathered at the border to welcome every immigrant, wrapping each woman and man, every single child in a hand-sewn quilt, instead of offering them handcuffs and aluminum blankets? What if we held blanket ceremonies that honored every immigrant and communicated to them a message of hope for the future we can all build together?

That’s the world I want to live in. A world in which each person can believe in the good because we’ve let them know they matter to us. 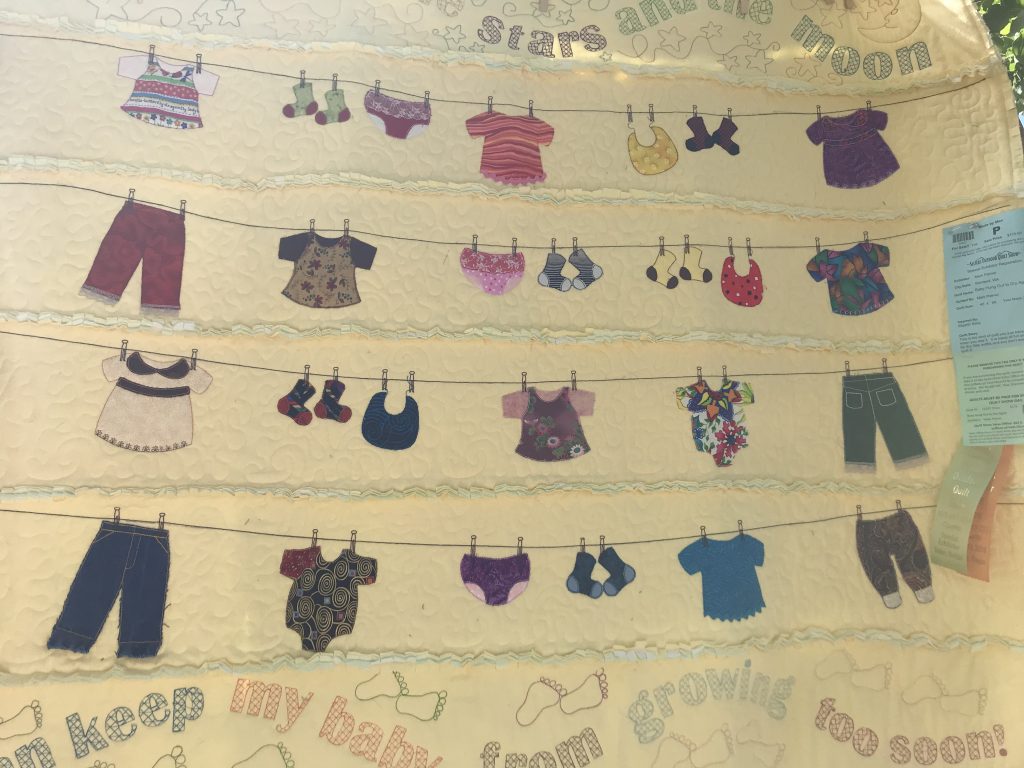 There is a documentary about Canada’s Quilt of Belonging. Click here to watch.

Author/Journalist Karen Spears Zacharias is a Gold Star daughter and an alumni of Oregon State University.