In response to the first night of unpresidential debates, Megyn Kelly says Joe Biden should have done a better job of controlling Trump. Darling, you’d think of all people, Kelly would know the challenges of trying to wrestle a sweating hog to the ground. Roger Ailes and Trump are brothers from a different mother.

Another said it was like watching an adult argue with a 7th grade boy. Pretty much. 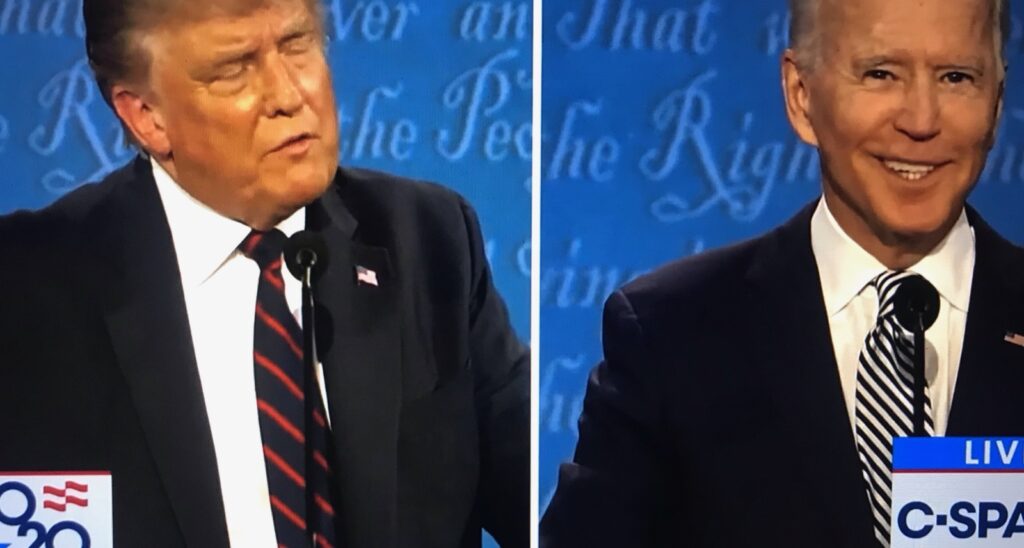 But all the quips and armchair quarterbacking aside, what lingers with me now that the foul breath of Trump has cleared the room, is the story one anchor told about getting a text from a friend who was watching the debate with their 12-year old son. The boy, watching his first presidential debate, turned to his mom at one point and asked: Should we get a gun?

Should we get a gun?

This is how a child in America is responding to a presidential debate.

And you know what?

That’s how Trump wants all of America to respond – in sheer and utter fear.

Don’t get me wrong, if you aren’t anxious and feeling queasy after hearing 45 order the Proud Boys, a self-appointed militia hate group, to “Stand Back and Stand By”, you are probably comatose. Or a Trump devotee (which is basically the same as being brain dead).

If you haven’t figured it out yet, there isn’t going to be any relief after November 3rd. There’s going to be sheer chaos. Trump and his cult are ginning up for it. Trump aims to have the vote decided by SCOTUS. He made that absolutely clear last night.

The Scriptures exhort us to be anxious in nothing but to pray about everything.

Moments after the debate, a friend in Alabama sent me an article about Post Traumatic Stress Disorder and how all Americans are suffering from it. I know the truth of that. I’ve been suffering from it since July 2016 when 45 attacked the Gold Star family.

I have felt pecked over by a 100 chickens everyday since Trump took office.  A global pandemic that has slaughtered a million people globally hasn’t helped none.

In the PTSD world, we call that being “triggered”.

Which brings me back to that young boy wondering if his parents ought not buy a gun and get prepared for the coming chaos.

The one thing we adults owe our children, all the children within our circles, is a safe childhood. We owe them that. And to the best of our abilities we should provide them with that. We should never ever go about intentionally making children afraid.

But that is exactly what 45 has done.

He has made our children and our grandchildren fear for their futures.

My own grandson said to his mom this past week: “I don’t want to be alive for the end of the world. I just want to grow to be an old man. “

But he is a young boy who is intelligent and who is paying attention. His mom doesn’t know how he came up with this idea of “the end of the world.” It’s not theologically something she or his dad sit around talking about, nor is it something he’s been exposed to at school, given school is all virtual right now. But how could any child who is listening to the adults in the world around them not be feeling like the end of the world is upon us?

As one wise anchor noted: There are kids growing up right now who have never known what it is like to have a president who is calm and measured.

That’s true of all my grandsons. The youngest is 5, the oldest 8.  Trump has been the only president they have really known. And he does nothing but act the way their parents and grandparents would never allow them to act.

Is it any wonder that kids of all ages are anxious about everything?

You and I don’t know the affects of growing up during a time of a global pandemic.

We didn’t grow up during a time when a president sought to turn Americans against one another.

We didn’t grow up with a president who lacked all pretense of decorum, respect, honor and dignity. For all his faults, Nixon knew when the gig was up. He followed through on a peaceful transference of power. Trump has no intentions of doing that as he made clear.

And what they are seeing is that their childhood is being disrupted by a madman.

A manic who wants them to live in fear. Because here’s the thing about ginning up fear in people, it causes folks to act in irrational ways. It turns goodhearted people meaner than a hungry rattler.

It will also make some people worry about going out to the polls to vote, which is exactly what 45 is aiming for. He doesn’t want people to vote. He knows that the more people who vote the bigger his losses will be, and he owes people. Bigly money.

What should be abundantly clear to anyone paying attention right now is that the person who is most afraid is Trump himself.

He is cornered and he knows it.

His days are numbered.

Thank the Good Lord and get off your flat hineys and vote.

We have to get the poop-throwing monkey out of the White House.

For our kids and grandkids sake.

Karen Spears Zacharias has voted in every presidential election since she was 18. She is a Gold Star daughter and author of the book After the Flag has been Folded (HarperCollins). 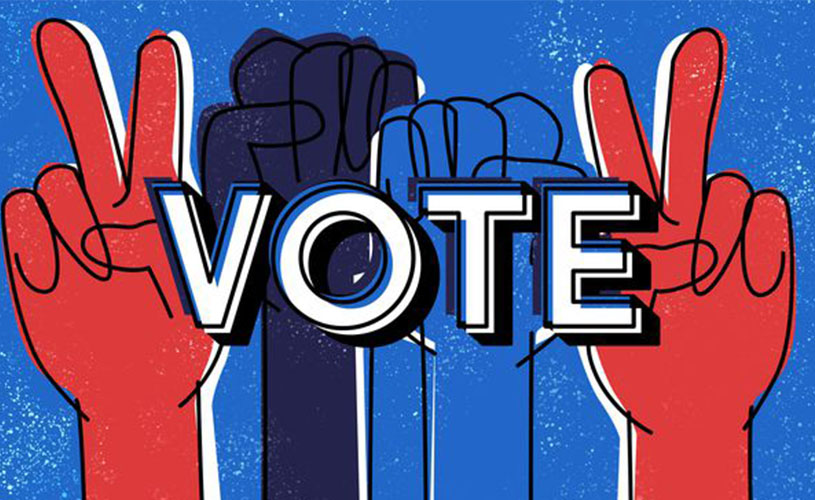