The Sarah Sheehans of the Trump Administration 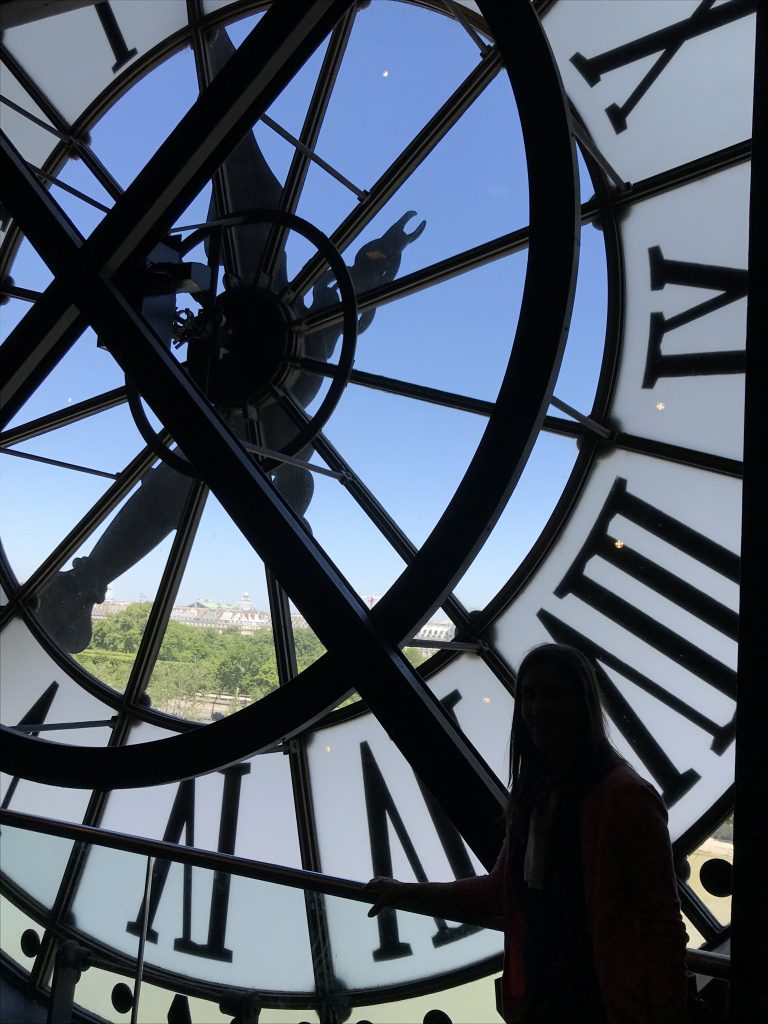 They say the Egyptians created time, measuring life by light and darkness, by the turning of shadows. I don’t know how people measured their lives before the invention of sundials and clocks, second-hands and tick-tocks. I am not sure if night-shift work was a thing before the invention of a 24-hour day. I have no idea how mothers knew if their teens were sleeping in before we measured our lives by the ticking of a clock. I don’t know how the grieving kept track of their loss without a watch or clock to measure the moments missed.

But then again, grief doesn’t really keep to a timetable. I doubt it ever has.

Back when I was reading Charles Dickens and Edgar Allen Poe, Emily Bronte and Victoria Holt (Eleanor Hibbert), I learned that widows were supposed to wear black for an entire year after their husbands died. The black served as an alert to the community-at-large, helping them to treat the widow with a bit more grace than might otherwise be allotted. Lately, I wonder if we all shouldn’t be wearing black. A nation in grief.

I read a story today about a D-Day survivor who bemoaned all the bloodshed of that time, given the current rise in far-right nationalism around the world. He expressed dismay to see the troubling tide rising once again, a tide of isolationism and bigotry, a tide of hatred against people of different faiths and ways of life. What in the hell did we fight for if this generation is just going to perpetuate the same ideology as the Nazis? he asked. 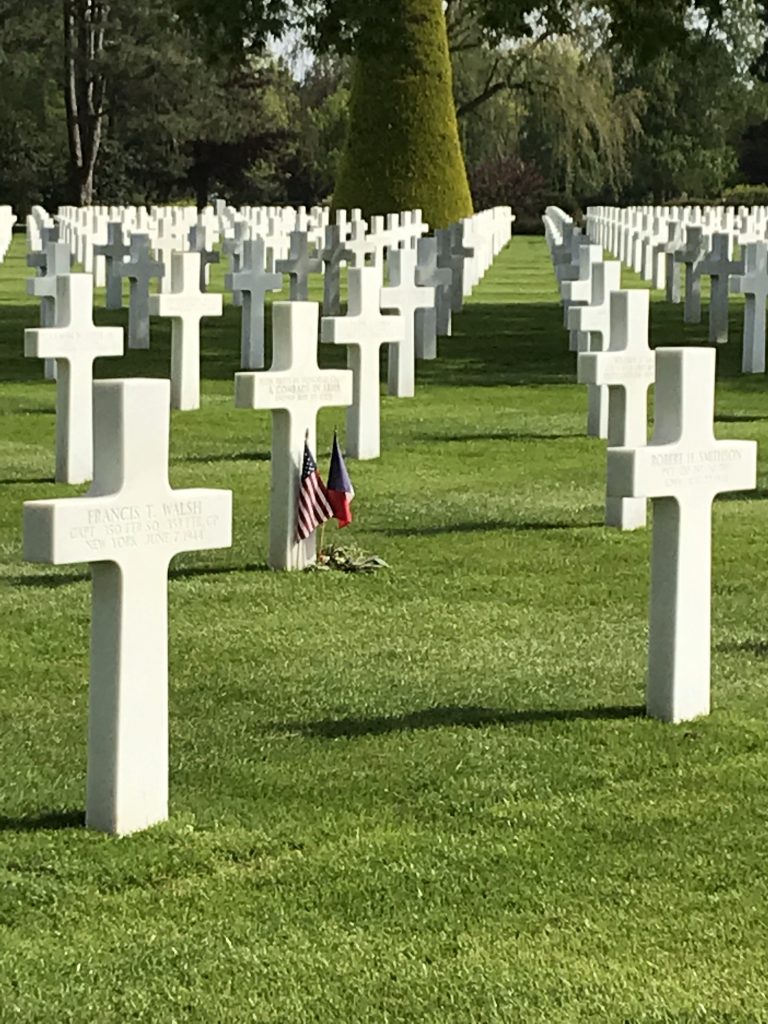 It’s a question worth pondering. It’s a question I thought about as I stood on Omaha Beach a couple of weeks ago, and as I locked arms with my daughter Shelby and observed a TAPS ceremony at the gravesites at Normandy. What indeed was the point of all that bloodshed if Vietnam veterans who I have long loved and defended were willing to turn their backs on their fallen comrades and elect a serial draft dodger to the highest office in the land?  When Trump dodged the draft, somebody else went in his place. Five different somebodies. Some of them came home in caskets. What was the point of all that bloodshed if Congress is allowed to run roughshod over the Constitution these men and women died to protect? What is the point of all that suffering if our very own government has targeted women and people of color and judged them not worthy of Constitutional protections?

I can’t even begin to imagine how it feels to have survived D-Day, to have crawled through the blood and brains of the soldier laying dead next to you, only to arrive at this moment in history. The one in which a serial draft dodger has inexplicably become the Commander in Chief. A man who amplifies everything our soldiers fought against. I have only a glimpse of the betrayal that must feel like at age 95, as the seconds of your life tick away. 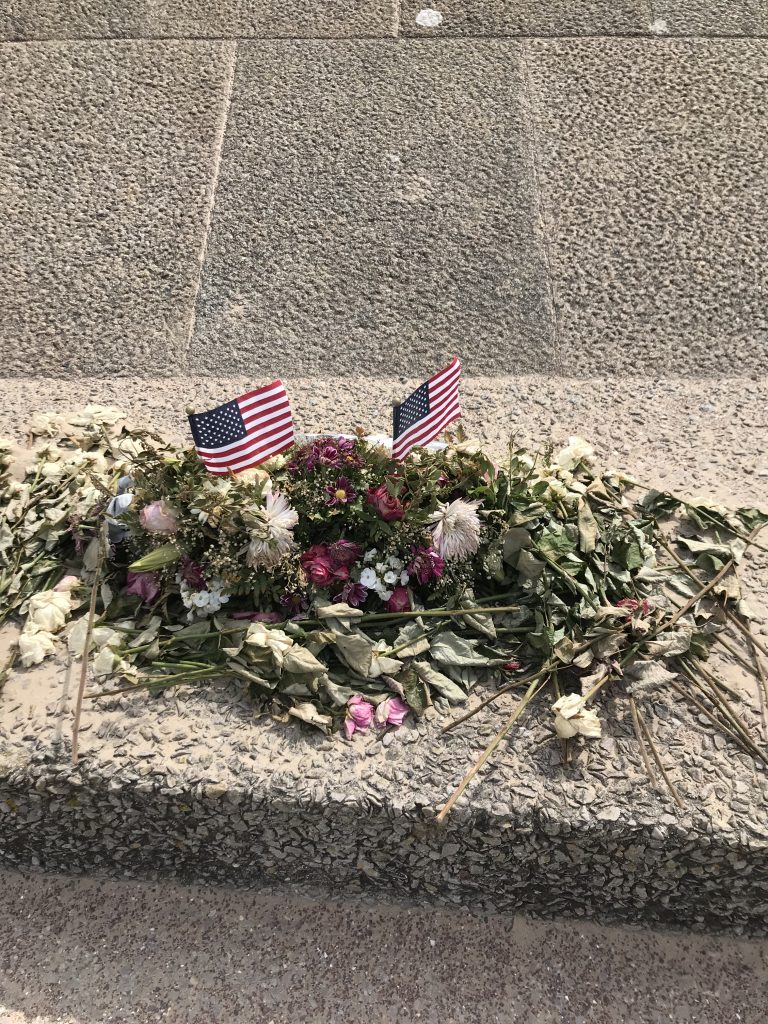 When I first imagined the character of Zebulon Hurd in the MOTHER OF RAIN series, I knew that he would struggle with so many questions as a survivor of the Normandy Invasion, and that most of all he would struggle with the wrongdoings that are always the result of every war. That war did not leave Zebulon feeling like a hero. Far from it. Instead it filled him with shame and regret. Guilt was his daily companion. I had no idea when I was writing Zeb’s story that one day very soon a man who has never felt even a morsel of guilt over any of his many wrongdoings would rise to power. I could not have even imagined such a thing. Like many of the survivors of the real D-Day invasion, it never occurred to me that Americans of all people would embrace such a psychopath.

I have met thousands of people over the course of my writing career. I’ve had personal contact with many a wrongdoer. Only once have I encountered a man as soulless as our current president. That man was Shawn Field.

On June 3, 2005, Shawn Field, a full grown man over 6 ft tall, beat to death 3-year-old Karly Sheehan. He beat her so badly he ruptured her eye. Had she lived through the beating, Karly would have been blind in that eye. The thing was Karly Sheehan, a sprite of a bright light, did live through many beatings at the hand of Shawn Field. From the time Shawn first came into Karly’s life in Sept. 2004, until the following June, when he finally brutally killed her, Shawn tortured Karly. That’s not just my opinion. That’s fact. The jury even found him guilty of torture.

Ten months of torture. He snatched her head bald. Literally bald. And yet, through all of that Sarah Sheehan stood by Shawn and not her daughter. I thought of that when I recently read the reports of how Ellen DeGeneres’s own mother did not believe her when she told her that the man her mother had married had sexually abused her. Ellen’s own mother believed that evil man over her own daughter. Ellen was 16. Karly was 3. What chance did Karly have against the man Sarah Sheehan chose over her daughter? So Karly protected her own father, and never told David the horrible things Shawn was doing to her. Had he threatened to kill her daddy if she told? We will never know. Karly never told. 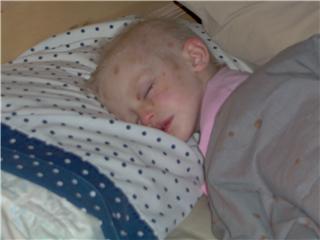 I have in my possession digital tapes of the police interviews with Shawn within the first 24 hours of Karly’s death. Shawn was the only person home with Karly when she was found dead in his house in Corvallis, Oregon. Yet, Shawn, ever the liar, said he had no idea how the poor girl’s little broken body ended up dead. And Sarah, ever protecting her daughter’s abuser, said that her husband David must have killed Karly. David wasn’t even in town when Karly died.

Sarah knew when Karly woke that morning that she had been battered. Yet, that didn’t stop her from plopping her daughter down in front a TV set and handing her a bag of trail mix while she and Shawn went to the bedroom and had sex. Yes. Sarah had sex with her daughter’s abuser as her daughter’s internal organs were shutting down from the abuse of the previous 24 hours.

People will lie to themselves. Then they will lie to you. Shawn Field insisted until the day he died that he didn’t kill Karly, despite what all the evidence showed. Despite the facts. Despite the dead child on the bedroom floor.

There are those, albeit, thankfully, very few, who believed Shawn. His parents for one. They didn’t believe for a moment that their son, whom they knew to be an abysmal failure in so many ways, had killed a child. I wrote all about this in Karly Sheehan: The True Crime Story Behind Karly’s Law, formerly A Silence of Mockingbirds.

There were plenty of people in both Shawn and Sarah’s lives who knew something was terribly amiss with Karly. They saw her bald head. They saw the bruises on her face, her head. They saw her go from a joyous girl to a worried child, but just as the current GOP members of Congress make excuses for all of Trump’s outrageous behaviors, these otherwise good people made all sorts of excuses for Sarah, for Shawn, for Karly. Just as GOP members of Congress are failing thousands of immigrant children around the country, these friends and family members of Sarah’s and Shawn’s failed to put the welfare of Karly before their own vested interests.

Sarah was such fun, they told me time and time again. They just didn’t want to alienate her.

They don’t want to alienate this president, so Lindsay Graham, Rex Tillerson, John Kelley, Sarah Huckabee Sanders, Mike Pompeo, even Mitt Romney protect him. From the highest member in the Senate, to the lowest member of the House, Republicans are protecting an abusive tyrant as Trump leads the innocent voter to slaughter. This isn’t just a matter of neglectful bystander behavior. This is willful participation in the abuse.

Our current GOP members are the Sarah Sheehans of the Trump administration.

These are the people who are pandering to the abuser, then feigning concern and shock over the dead bodies left in the wake.  Seven kids dead to date at the hands of this administration. Thousands more raped and abused. Yet, nothing but silence from the GOP members of Congress and frankly from the voters-at-large.

Over 1,500 kids die every year in the US from abuse. Thousands more suffer in silence. Thousands more tell people they are being abused only to be ignored. For those kids, not even daylight brings reprieve. They are simply marking the time when they are no longer the target for another’s abusive behaviors.

It’s a lie. Time doesn’t heal all wounds. It only provides the distance necessary for folks to figure out a way to live in the tension between the hurt and the joy. 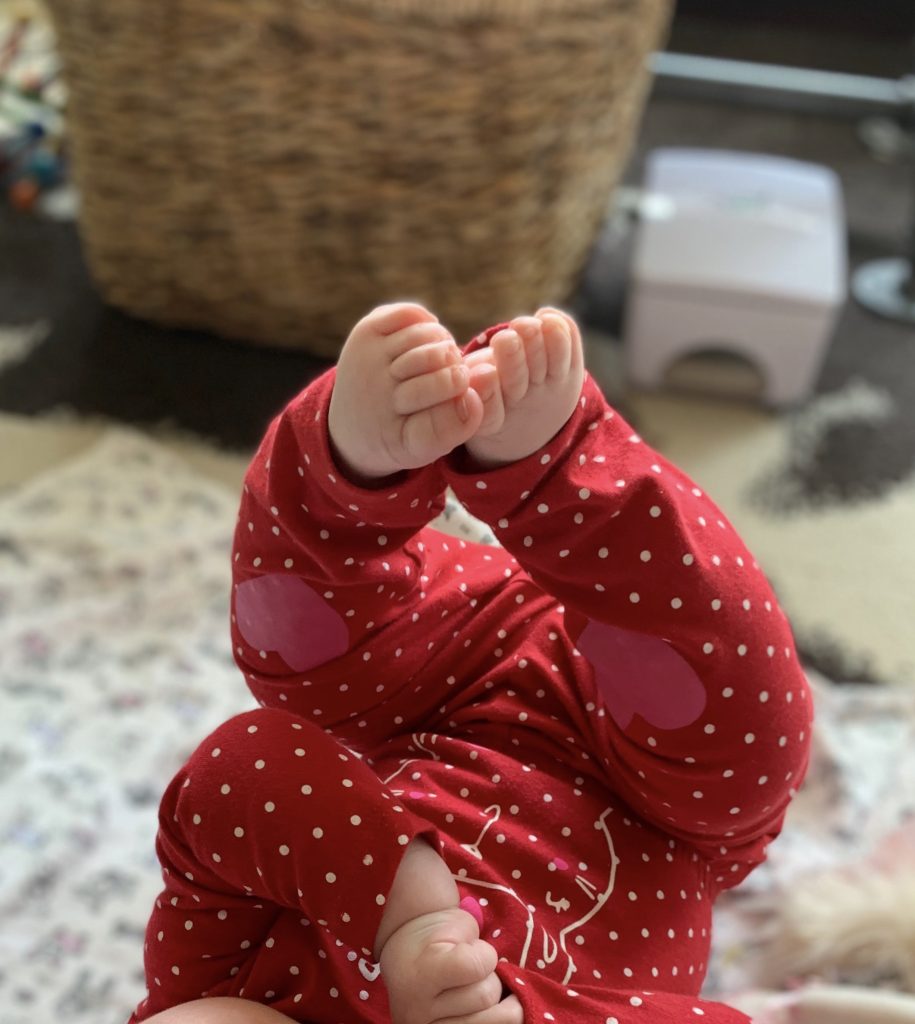 This year, Karly became a big sister. This is something many of us have hoped and prayed for. The arrival of Karly’s sister, who is all things healthy and joyous and loved and light, does not lessen the pain of losing Karly. It only highlights in many ways the life Karly has missed out on.

All because one man, one very selfish man, targeted her and tortured her until she drew her last breath.

Like Trump, Shawn Field grew up in a home of white male privilege. While not as wealthy at Trump’s father, Shawn’s father was well off. They owned numerous homes. He did not grow up neglected, but indulged. He grew up to become a manipulator and a liar because he was too lazy to really work. He wanted the easy life. And he was willing to kill to get it. And he didn’t care one iota about the suffering of others. In fact, he drew perverse delight in watching others suffer. 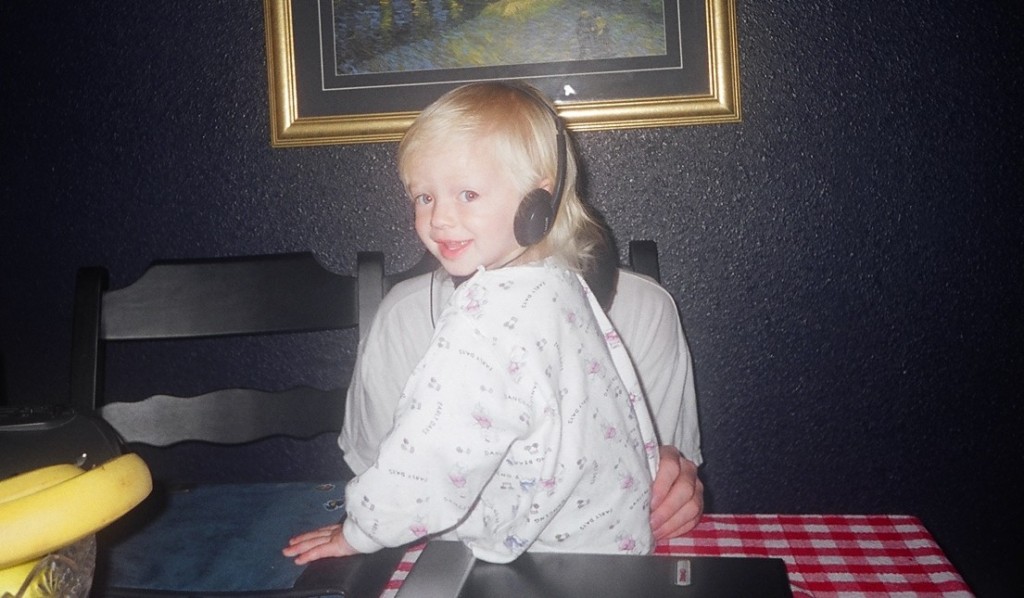