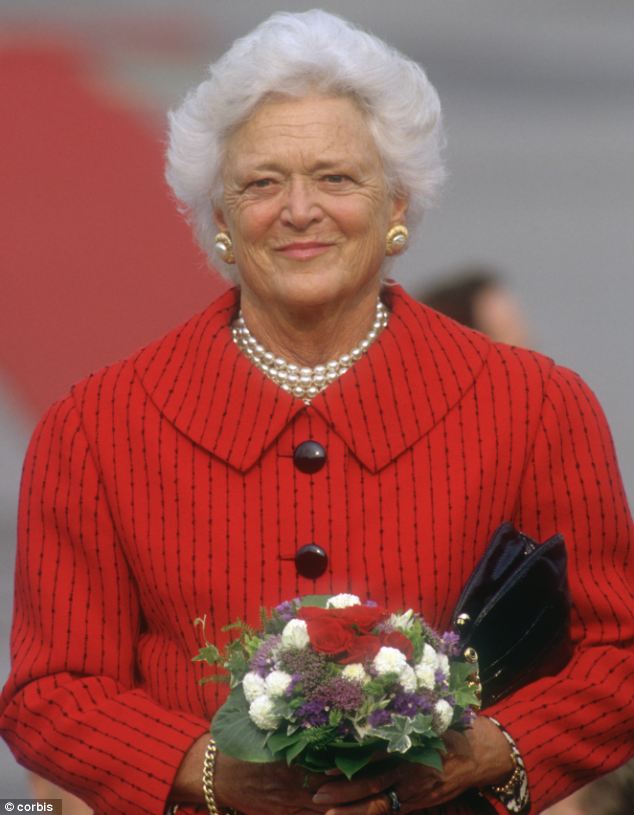 Perhaps the one thing we can all agree on in today’s current political climate is that Barbara Bush is beloved by people from all walks of life and all political persuasions.

I guess I always thought George would die before Barbara.  So when the news broke yesterday that she was moving into the “comfort care” phase and letting go of any treatments, it caught me off-guard. He’s been in such frail health for so long and Barbara has always seemed to me like one of those grand oaks along Mobile Bay, ethereal and eternal.

I have long admired Barbara Bush. She seems to embody the best of what it means to be human. Nancy Reagan always got more of the spotlight as First Lady but Barbara Bush was always far more aspirational. And I don’t mean just for women.

Barbara Bush is the sort of human being we should all aspire to. She spoke truth in a way that did not seek to appease or offend audiences. Barbara Bush didn’t cow-tow, but she didn’t rant, either. That’s not to say she was a fence-sitter, far from it, it’s just to say that she had enough presence of self and her own values to feel no need to please others and yet, felt no need to bully them, either.

When the public mocked Barbara for her pearls, she continued to wear them.

I had a girlfriend who did that – wore a string of pearls often. She told me that the reason she wore them is that they made her feel beautiful. Now I find that when I need an extra pick-me-up, I will put on a string of pearls as well. And I think of her and Barbara Bush when I do. I think those pearls were a sign of what a classy lady Barbara Bush really was. Trends didn’t tempt her. She was not a woman who sat around watching reality TV shows or discussing the benefits of butt injections.

Barbara Bush was clearly “Like me” or “Leave me alone” kind of person. Anything that would require her to be less of herself in order for others to approve of her was dismissed as pure poppycock.

Barbara Bush suffered a lot of fools in her time as First Lady, especially in regards to the way the misogynistic media dissed her for looking older than her husband. Consider now how media continues to give Melania a pass. Let’s face it- Melania gets a pass because of those nude photos. Men in newsrooms have always been more harsh on First Ladies who weren’t selvete, petite and pretty in that very traditional Jackie O way. If Hillary Clinton had looked like Melania Trump, she would have suffered much less criticism from media, period. Same goes for Barbara Bush.

We are such shallow people at times.

Barbara Bush was great at reminding us that we could and should aspire to a better people than we often are.

Perhaps it was because as a young woman, Barbara Bush faced the hardest thing any parent ever has to face – the death of a child – that she was able to have such a sense of what was important and what was pure rubbish.

Barbara Bush made it clear with a cut of her eyes and a quick quip what she considered foolish. With a look alone, she dared people to challenge her assessment. In our house, we call that giving somebody the “Stink eye”.  If I gave the kids the “stink eye”, they knew without a word to stop whatever they were doing. Immediately.

Barbara Bush had mastered it.

In other words, she took nothing to the extreme. Nothing.

She lived out the admonishment to take all things in moderation.

Except maybe for her sense of humor. She looked for the witty, the wry, the twist of a tongue, the opportunity to lessen the load.

Barbara Bush mastered the art of being joyful in the midst of trials.

Melania Trump may be the first First Lady in my lifetime of First Ladies who is not a reader, possibly not even literate.

I read that once a reporter dared to ask Barbara Bush about her husband’s possible affairs and she rebuked the reporter: How dare you!

I bet that reporter thought twice the next time they asked her a question.

But above all, what I admire Barbara Bush for was her ability to speak across the aisle. She did not court favors among her own party. She regarded all others with dignity and respect, until they proved to her they didn’t deserve it. Then she was just done.

And she didn’t reserve that only for those outside her family. If she thought that one of her own shouldn’t be doing what they were doing, she wasn’t shy to say so. Even on national TV, the way she did when she said she didn’t think Jeb should run for president.

None of this “You can do anything you set your mind to” motivational milk for her kids. She thought’s Jeb’s run was a waste of time and money. Turns out she was right. I can only imagine the conversations that took place away from the cameras between mother and son.

And long before Jeff Flakes or Bob Corker did their flip-flop on Trump, Barbara Bush called it.

Why would any woman vote for him?

It’s the question that continues to haunt this nation. Why would you?

Barbara Bush raised up a good family. She is beloved by Democrats and Republicans and Independents all over this nation. She urged us all to read and think for ourselves.

We should have heeded her advice better.

We need more men and women like Barbara Bush.

May her reunion with her daughter be a glorious one.

Thank you, Karen. Yes, Barbara Bush has been such a light and an icon for literacy. Laura has carried the torch for libraries, too. The Bush ladies are certainly a true “Literacy Legacy!”

It didn't surprise me that the tweet from 45 sounded flippant. He doesn't know any better. His friend even tweeted this nasty note. https://www.yahoo.com/entertainment/roger-stone-disses-barbara-bush-nasty-drunk-news-132928624.html While I was not a fan of the presidents Bush and Bush Jr, I have to admire the women who married them, and the causes they supported. They also loved and supported their families very much. That is an admirable quality, and frankly, I can't imagine the hardship of being under a microscope for her life being the wife and mother of Presidents.